This is a summary of what was said by UNHCR spokesperson Charlie Yaxley – to whom quoted text may be attributed – at today’s press briefing at the Palais des Nations in Geneva. 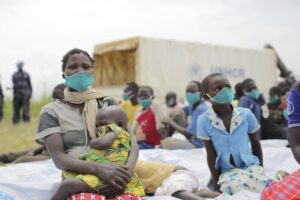 Congolese refugee Anurith, 29, sits with her children after undergoing a health screening near the border crossing in Zombo, Uganda.   © UNHCR/Rocco Nuri

More than 3,000 refugees from the Democratic Republic of the Congo (DRC) arrived in Uganda between Wednesday and Friday last week (1 – 3 July) during a temporary opening of two border crossing points at Golajo and Mount Zeu, north-western Uganda.

The new arrivals were previously part of a larger group of approximately 45,000 people, according to local DRC authorities, who had attempted to flee towards the Ugandan border with the DRC shortly after deadly clashes erupted between armed militia groups in Ituri province on 17 and 18 May. While some have been able to return to their areas of origin, others had remained close to the border, unable to cross for more than a month due to closure of borders on the Uganda side to contain the spread of COVID-19.

Sixty-five per cent of the new arrivals are children. The group also included 33 pregnant women, two of whom were immediately taken to Zeu Health Center III last week, where they each gave birth – one to a baby girl and one to a boy.

Some of the refugees shared heart-wrenching accounts of militia attacks on their villages with our staff. Many of them told us that they were separated from their families and had little time to pack any belongings or look for family members before fleeing. Very few were able to carry personal items and most fled barefoot with only the clothes they were wearing.

The group have been taken to the Zeu Farm Institute, an old training centre for farmers in Zombo district, which is now serving as a quarantine facility. To support the centre, UNHCR has installed 318 family tents, as well as nine water tanks, health screening areas, toilets and handwashing facilities. In addition, UNHCR and partners are providing food, water, medical checks and temporary shelter, and health teams and an ambulance are on stand-by in case anyone requires hospitalization.

The Ugandan Health Ministry has been conducting sample COVID-19 testing, with the first 570 samples returning negative. Refugees have received doses of Vitamin A and vaccinations against cholera, measles, rubella and polio.

Following the mandatory quarantine period of 14 days, in line with national guidelines and protocols, they will be transported to existing refugee settlements.

UNHCR welcomes the decision by the Government of Uganda to allow the group of refugees to enter the country and receive life-saving aid and protection. This effort demonstrates how, through quarantines, health screenings and other measures, States can uphold their obligations under international law during the pandemic while at the same time limiting potential transmission of the virus.

With over 1,000 COVID-19 cases in Uganda, UNHCR continues to support the Government with its COVID-19 response, by constructing and strengthening quarantine and isolation facilities and increasing handwashing supplies and availability of masks.  Many of our transit and reception facilities across the country have been converted into quarantine centers, where we are supporting hundreds of Ugandans and refugees on a daily basis.

However, the refugee response in Uganda continues to face multiple challenges due to underfunding, including severe food ration cuts.  UNHCR has received just 18 per cent of the US$357 million required for its operation in Uganda in 2020. In the immediate term, US$28 million is urgently needed to continue the current level of assistance to refugees in Uganda, including basic health services. UNHCR appeals for international solidarity to help Uganda uphold its commitments towards the Global Compact on Refugees and maintain its progressive refugee policy during these difficult times. 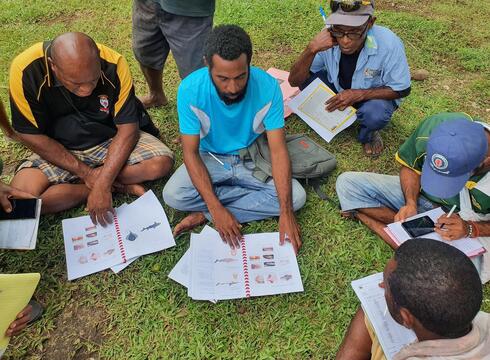 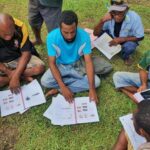 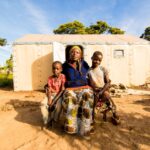